The quality of the local environment, and in particular standards of street cleansing, are increasingly becoming the barometer that the Northern Irish public use to how well an area is being managed and its suitability as a place to live, work, visit or bring up family.

Without definitive and easily understood figures about the standards relating to those aspects of the environment that matter most to residents, workers, visitors and investors, consensus, partnerships and improvements are harder to achieve. Cleanliness surveying not only measures and records standards, it also diagnoses the sources and causes of existing and new, emerging problems - thereby helping to set the agenda for action and improvement. Since the introduction of the Litter (NI) Order 1994, Keep Northern Ireland Beautiful has been undertaking surveys of local environmental quality across Northern Ireland. These surveys follow a consistent methodology, giving results that are easily comparable and highly consistent.

The methodology used includes surveys of all land under the jurisdiction of the council within each council district 2-4 times per year, and provides reliable data on each council’s cleanliness performance.

Participation in the Local Environmental Quality Survey is voluntary. At present there are 3 of the 11 Northern Irish Councils involved in the programme. 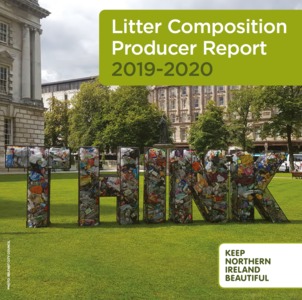 The report is available to view and download here

Following an initial launch of a Litter Composition Report, this is the first time the results from the Litter Producer Analysis has been published. No similar study has been conducted in Northern Ireland to date (February 2021).

Keep Northern Ireland beautiful is currently participating in a European project to develop a common litter monitoring methodology which would allow towns and cities in Northern Ireland to compare their performance and environment with similar places across Europe.

Learn more about our participation in the European Litter Prevention Association.